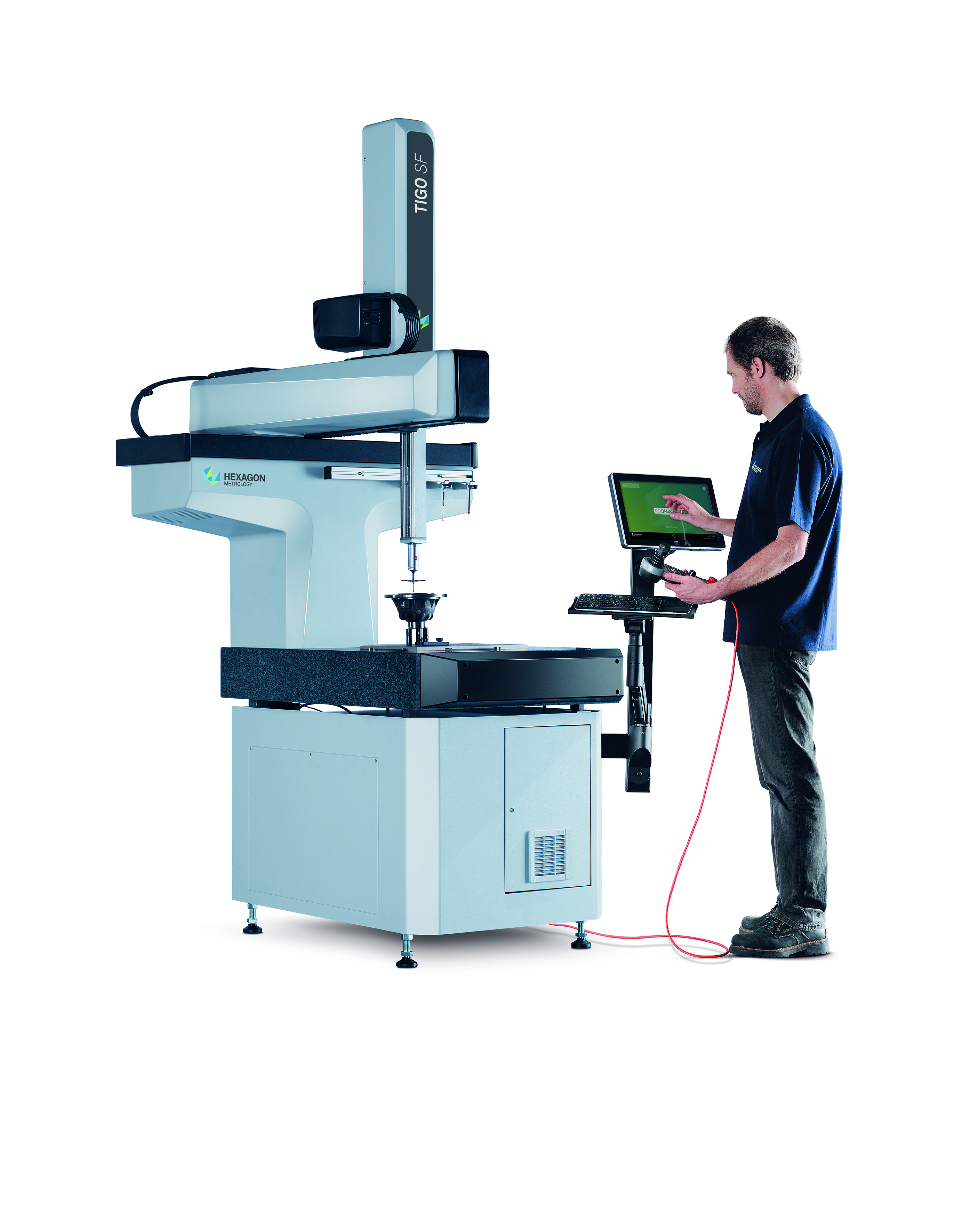 There are four basic types of coordinate measuring machines: bridge, cantilever, gantry and horizontal arm. Each one provides unique advantages based on the components being measured. 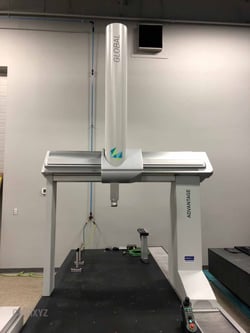 Bridge. The bridge is the most popular style of coordinate measuring machine.

The description found on Wikipedia is as follows:

The typical 3D "bridge" CMM machine allows probe movement along three axes, X, Y and Z, which are orthogonal to each other in a three-dimensional Cartesian coordinate system. Each axis has a sensor that monitors the position of the probe on that axis, typically with micrometer precision. When the probe contacts (or otherwise detects a particular location) on the object, the machine samples the three position sensors, thus measuring the location of one point on the object's surface. This process is repeated as necessary, moving the probe each time, to produce a "point cloud" which describes the surface areas of interest.

Due to their basic structure and simplicity of build, bridge machines have become extremely popular. Bridge machines have a low cost to build and the ability to maintain accuracy and repeatability over the long term. Most bridge machines are based on a precision granite plate with two legs supporting the X-axis carriage. Generally, only one side of the bridge is driven; the other side is the slave side and is allowed to float freely. 95% of all bridge machines run on air bearings to allow friction-free movement and minimize mechanical interaction.

Machines are built in sizes ranging from 300×300×300 mm XYZ to 2000 mm x 5000 mm x1500mm, with some exceptions. Bridge machines are the workhorses of CMMs. However, there are both pros and cons associated with their function. For instance, accessibility to the part being measured is sometimes quite difficult because of the uprights holding the X-axis beam. Heavy components have to be lifted onto the plate, necessitating a crane or a lift truck and potentially causing a collision with the machine. The accuracy of most bridge systems is usually better than other types of coordinate measuring machines, and certainly, when considering a system for machined parts with higher tolerances, a bridge is hard to beat. 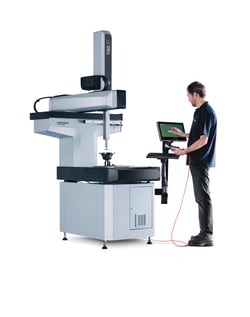 Cantilever. The cantilever CMM machine was the initial design of Ferranti in Scotland in the 1970s, and today they are manufactured in small numbers, usually as shop floor hard bearing machines. Generally used for measuring relatively small parts, they provide open access to the operator on three sides. The X-axis measuring beam is attached on the side of a rigid structure housing the Y axis. This limits the size of the X beam, because of inherent rigidity, making the machine suitable only for smaller components. As a shop floor CMM, the cantilever machine excels, because it lends itself well to automatic loading and unloading.

Gantry. Gantry CMM machines are used predominantly for very large or heavy parts that require the high precision of a bridge machine. Most gantry machines are mounted directly to the floor and therefore must have a substantial foundation. This requirement is specified by the manufacturer and should not be ignored.

Smaller gantry machines have four upright columns supporting large Y-axis beams, usually 1.5 to 2 meters in height. The X-axis carriage runs along the two supported beams of the Y axis. Larger gantry machines have six or eight columns, or more, depending on the length of the Y axis. The Z axis, located on the X-axis carriage, can be as long as 4 meters, but normally they are between 1.2 to 2.0 meters in depth.

The measuring range of gantry CMMs can vary from 1 x 2 x 1m XYZ to 4 x 10 x 3m XYZ, and even larger, specially built units can be purchased.

Disadvantages of the gantry CMM include:

Horizontal Arm. Steifelmayer in Germany first pioneered horizontal arm CMMs. Previously, horizontal arm systems were strictly scribing tools and were operated manually. Companies such as Bendix (now Sheffield) under the Portage brand produced the machines in the USA. Vernier scales were used to measure components and scribers were utilised as probes.

The configuration of a horizontal arm coordinate measuring machine is quite different from the three other types in that it consists of a vertical column (X axis) and a horizontal arm (Z) mounted on a saddle that runs vertically up and down the X axis. The Y axis is then the length of a surface plate or a long beam.

There are 2 basic types of horizontal arm CMMs:

Horizontal arm coordinate measuring machines are the least accurate of the four types of CMMs mentioned. However, they have some decided advantages: they can measure large thin-walled/sheet-metal type components mounted in fixtures that represent car body position, such as doors, body sides, grills, dashboards, etc.

Accuracy is not the strong point of the horizontal arm CMM. Most machines perform to volumetric tolerances of 30 µm and larger; however, when measuring large components that require open tolerances they are by far the most cost-effective solution.

Tags: News & Reviews
Back to Blog

What to Know When Buying a Used CMM (Coordinate Measuring Machine)

There are several things a buyer needs to consider when purchasing a used Coordinate Measuring...
Read More

It's all about the Preparation Coordinate Measuring Machines (CMMs), although referred to as ...
Read More

CMM Parts: The Parts Of A Coordinate Measuring Machine

At CMMXYZ, we have a deep understanding of all CMM parts, how they work, how to use them, and their...
Read More
© 2021 CMMXYZ
SITEMAP PRIVACY/SECURITY Accessibility Policies