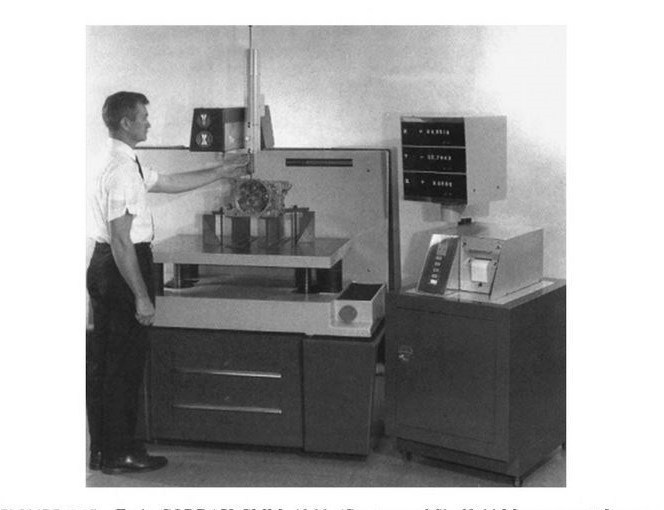 History of the CMM

History of the CMM

The first three-axis coordinate measuring machines started to appear in the 1950s and early 1960s; they were cantilever or portal CMMs, and were manually driven. These early machines consisted of micrometer fine adjustment in X, Y and Z; three-axis Nixie tube digital display; and a solid probe system.

The part being measured had to be adjusted so that it was parallel and level to the coordinate measuring machine's coordinate system. Measurement was conducted by holding the probe to the part while depressing a foot switch to freeze the display!

The question of who designed and built the first three-axis coordinate measuring machine remains a mystery; both Ferranti of Scotland and DEA from Italy claim to be the first. Indeed, three-axis devices had been used since the 1940s, but measurement was generally conducted using Vernier scales, as digital readouts were not yet economically available. 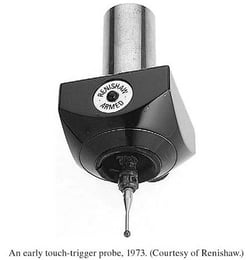 The breakthrough happened in 1972, when Zeiss introduced their first probe. Sir David McMurtry of the Rolls Royce group (later founder of Renishaw) invented a kinematic resistance probe. This probe allowed overtravel after automatic contact detection. This invention opened the door to all DCC/CNC CMM machines.

Shortly afterwards, in 1973, Zeiss introduced their 3-D measuring probe, which consisted of three stacked axes, each equipped with an actuator for probing force generation and an inductive sensor for displacement measurement.

Today it is approximated that over 12,000 CMMs of all types have been purchased throughout the world!

Tags: News & Reviews
Back to Blog

It's all about the Preparation Coordinate Measuring Machines (CMMs), although referred to as ...
Read More