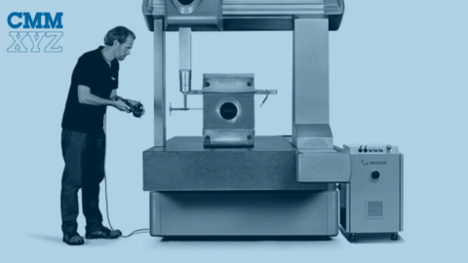 CMMXYZ is proud to be North America's foremost independent provider of coordinate measurement machines and measurement services. Since our inception in 1986, we have gotten to see CMM technology grow, expand, and take on a new life.

Nowadays, over 6,000 new CMMs get produced annually – and that's not including the tens of thousands used retrofitted and upgraded machines. With our used and new CMMs, we offer you unprecedented insight and problem-solving measuring capabilities.

That said, CMMs have come a long way due to the countless discoveries and developments made over time. Get to know where the technology started, where it is now, and the advancements made that have led to the equipment's capabilities.

The Inception of Coordinate Measurement Machines

60 Years Ago: The Inception

Three-axis devices existed in the 1940s, but you would conduct measurement using Vernier scales as digital readouts were not yet economically available.

We saw the first three-axis CMM models built in the 1960s, shortly after the initial inception of the technology. The question of who designed and built the first three-axis coordinate measuring machine remains a mystery, however, as Ferranti of Scotland and DEA from Italy both claim to be the first.

At this time, companies from developed countries like the US, France, Germany, and Japan hopped onto the trend. They began producing dimensional measurement equipment to be used globally by businesses of all sizes.

CMMs first made their public appearance at Paris's International Machine Tool Exhibition in 1959. The public has been using this technology in different iterations ever since.

The first big breakthrough in CMM technology happened in 1972 when Zeiss introduced their first probe. Sir David McMurtry of the Rolls Royce Group (later the founder of Renishaw) invented a kinematic resistance probe, known as the touch-trigger probe, which allowed overtravel after automatic contact detection.

It was this technology that allowed Concorde aircrafts' Olympus engines to pass specific requirements.

The invention opened the door to all DCC/CNC CMM machines and opened a world of opportunities for accurate and automatic measuring of components for cohesive assembly lines.

At this time, CMMs used mechanical probes fitted into special holders to remain still to measure specific points of objects. These probes made it easy to measure flat, cylindrical, or round surfaces but made it impossible to relocate probes to measure varying shapes and sizes.

Now, classic CMMs operate in a 3D system with an X, Y, and Z-axis, which each have a scale system to identify a point's position in relation to another. These touch probes developed by McMurtry allow operators and software to automate measurements and collect precise measurements of different objects.

Shortly after the inception of touch probes, Zeiss introduced their 3D measuring probe in 1973. This probe consisted of three stacked axes, each equipped with an actuator for probing force generation and an inductive sensor for displacement measurement. Then, under the direction of McMurtry, the manufacturer Reinshaw further advanced the technology of CMMs by developing a motorized probe.

This advancement meant that operators no longer needed to adjust probes for manually measuring various shapes. The invention then contributed to the development of automating probe changing racks, affordable scanning probes, and the automatic probe stylus.

In the 1980s, the Swiss popularized metrology software based on PC technology that would advance the user-friendly qualities of CMM machines. The inventor of this technology, Metromec, now belongs to German company Wenzel, a leading supplier of CMM software.

Almost two decades after developing 3D scanners, laser technology was applied to 3D scanning in 1985 This marked the first implementation of a “no-touch” sensor for measuring the geometry of objects fragile to the touch.

A couple of years later, in 1986, Dr. Kam Lau developed the first laser tracker. A year after, Lau founded Automated Precision Inc., his company that would go on to refine tracking technology.

It was between the 1960s and the 1980s that CMMs saw drastic advancements. Since then, CMMs have maintained reliable components without much need for updating.

However, the development of new probes has led to some manufacturer's implementation of stiffer and lighter silicon carbide bases and the ability to measure objects without the need for direct probe contact.

Wilcox Associates, Inc. was founded in 1990 and developed the CMM software PC-DMIS. This software would then go on to become the world’s favoured software for coordinate measuring machines. CMMXYZ currently offers varying levels of PC-DMIS training.

As a whole, the larger scale addition of cheap PCs helped improve CMM accuracy worldwide in the 1990s.

While CMM probes once could only assume one position, computers now allowed operators to move the probes accordingly to obtain specific data.

That said, while the technology didn't see much change, we did see mechanical structure elevate at this time for substantially easier use and maneuvering.

For example, new machines used light synthetic materials instead of steel and granite like the older CMMs. This advancement made the system simpler to use.

The 2000s: The Addition of Mobility

Over a decade later, in the 2000s, optical-portable CMMs were created. This CMM advancement brought an entirely new level of portability, simplicity, and efficiency to the technology.

CMM Today: Where We Are

If it's not broke, don't fix it. That's why most CMM manufacturers have been using the same materials for 20 years – but with advanced software integration.

The durable foundation of this equipment is why we buy and sell your used CMM equipment. We utilize this structure to add retrofits and software updates to offer machines that provide accurate measurements every time — without the price tag of a brand-new device. With various advanced parts and software updates, we can retrofit and upgrade used CMMs.

Scanning Probes: Scanning probes, one of the newest probe models, drag along a part's surface to measure a point's specific interval for speedy and accurate measurements.

n-Contact Scanning: CMM probe technology continues to advance to facilitate accurate measurement without the probe even having to come into contact with an object. Known as non-contact scanning, this involves the point triangulation of high-speed lasers and laser line and white light scanning.

These methods continue to advance to record thousands of points for accurate measurement. CMMs utilizing these probes provide such thorough analysis that the data will typically allow an operator to generate a 3D model of the part. Non-contact scanning is often used to measure delicate or soft parts and can also help to reverse engineer an object.

Metrology Probes: Another recent advancement of probe technology is the probing systems developed for microscale metrology applications. Only a handful of CMMs in government labora

tories currently have a microprobe integrated into their system for microscale metrology.

These machines provide nonmetric scales of measurement but require a high aspect ratio probe and get impacted by environmental conditions like stiction and humidity. For this reason, few CMMs use these probes, and the ones that do are heavily regulated. 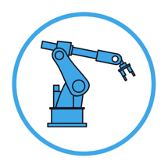 Portable CMMs are articulated arms or arm-free systems that use optical triangulation methods to measure an object's geometry.

These machines have six or seven axes, compared with traditional CMMs that move on three cartesian axes. The sensors move freely around an object for accurate measurement and scanning.

At 20 pounds, these CMMs with articulated portable arms are conveniently compact. These machines help service providers facilitate on-site measurement services. Instead of having to send out parts to be measured, businesses can now rent machines to use on their factory floor for a period of time.

These machines have six or seven axes with rotary encoders, instead of linear axes. While traditional CMMs get used for repetitive actions, portable arms are ideal for on-site measurements like rapid prototyping or reverse engineering. Unlike conventional automated CMMs, however, these machines require manual operation and are slightly less accurate than a classic bridge CMM. 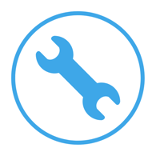 The reality is that, since their conception, CMMs have not seen much change in their structure or make. Instead, the most significant advancement we see in the CMM industry year after year is replacing air bearings, and other retrofits and software updates.

These upgrades allow you to use an existing machine and update it to increase its accuracy, efficiency, and automation capabilities.

CMM motors and parts may need repair or replacement over the years, but you can have peace of mind knowing that the physical machine will last for a long time. 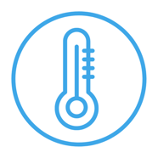 Another factor that has advanced CMM maintenance is temperature control. Over the years, manufacturers and users have seen how environmental factors like humidity can impact the dimensional measuring equipment's longevity and accuracy.

Beth Graham, marketing director of CEJOhnsonn, explained to Quality Mag that “conventional practice has been to limit the use of a CMM to a temperature- and humidity-controlled environment.

By utilizing Invar rods--made from a nickel alloy material--and thermal expansion sensors, we are able to compensate for changes in temperature."

Today it is approximated that there are over 12,000 CMMs purchased across the world. That said, consistent advancements are made to CMMs to make the very most of this core technology that has provided such ample value over the last few decades.

Manufacturers create new software for CMMs almost yearly to improve how measurement and other data information is retrieved and stored for assessment and analyzation. Software updates continue to improve the accuracy and user-friendliness of these machines.

Quality Digest revealed that, according to leading manufacturer Brown & Sharpe, a CMM that may have been within the 10-micron range of accuracy about a decade ago is now likely within the 5 to the 6-micron range if updated with retrofits and software updates.

CMMs were once manually operated, but advanced technology has allowed operators to automate CMM practices and reduce manual operation.

Before, CMMs were not built to withstand a factory’s environmental factors. Now, they are better constructed to withstand these factors so that they can operate on shop floors. This helps to improve repeated production in manufacturing, automation, and productivity.

As a result, CMM service providers are now providing CMM training programs to help users and thought leaders in the industry to operate these machines and use them to their full potential.

While the structure and capabilities of coordinate measuring machines remain, CMM integrators continue to find new ways to advance the technology for improved accuracy and to grow the scope of these machines. CMM technology's future is bright as these machines continue to prove useful for a wide variety of production needs.

What are the benefits of purchasing a used CMM Machine? The first questions many prospective buyers...
Read More
© 2021 CMMXYZ
SITEMAP PRIVACY/SECURITY Accessibility Policies