Whether shopping for a new vehicle or a coordinate measuring machine, performance test data allows the consumer to compare products and make a sound decision based on data that was collected by the manufacturer using a standardized test.

Standardized testing has been done since the days of the ancient Greeks and the first Olympics. Starting in 776 B.C., the Greeks would gather their finest athletes at Olympia and test these athletes in events like the 200-meter sprint (The Stadion) and the javelin throw.

When shopping for a new vehicle, we may be interested in how much gas a vehicle may use in 100 kilometers. Or what the annual fuel cost may be? Or we may be interested in how fast a vehicle may accelerate to 100 kilometres an hour? Standardized tests allow the manufactures to publish data, that in turn allows consumers to make informed and fair comparisons between vehicles and other products.

When exploring the purchase of a CMM we would be equally interested in its performance. Can the new CMM be relied upon to give data for the tightest tolerances on the parts that we manufacture? Is the customer that is supplying us parts, capable of determining if his or her parts are manufactured to the drawing specifications? 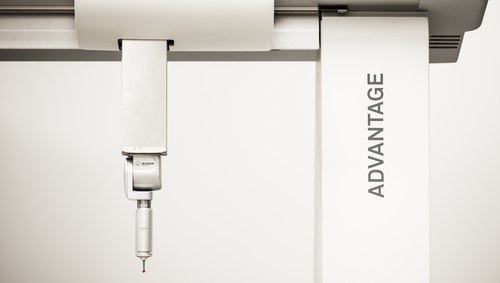 Standardized performance tests can give us the answers to these common questions and provide a fair method of making the correct choice for a product that fits our needs.

Since the first CMM was produced in 1956, CMM manufacturers have been inventing methods to determine their accuracy. In the beginning, each area of the world used its own version of a standardized CMM performance test. The western world used the ASME-B89 and CMMA tests, Europe typically used VDI/VDE 2617 and Japan used the JIS-B7440 test.

In 1994, an international collaboration between 165 different national testing bodies, known as the International Standards Organization or ISO, published the first iteration of ISO-10360 standard. This was an attempt to produce a CMM performance test that all manufactures could use. And to have a single set of tests for consumers to make informed purchasing decisions. Today the ISO-10360 standard it is the de facto standardized performance test used by all CMM manufacturers.

The tests above are always labelled with the revision date and the "part", so that the reader can determine which version of the test was performed. As an example, the clipping below shows the common format for ISO-10360 part 2.

Part 2 is the test that applies to "CMMs used for measuring linear dimensions" And the 2009 added onto the end is the revision date.

Manufacturers use the same convention when specifying their machines specifications.

Figure 2: An example of a Manufacturers data sheet that references three ISO-10360 parts.

ISO-17025 Compels Manufacturers and Consumers to Use the Latest Standards

Occasionally, you may still see references to the older CMM performance standards in the manufacturer’s literature. But more and more frequently manufactures are only publishing maximum permissible error values for the more robust ISO-10360 group of tests.

Furthermore, any company that is accredited under the ISO/IEC 17025:2017 standard is compelled by section 7 of the standard, to not only use the "latest valid version of a testing method", but to inform their customers "when the method requested by the customer is considered to be inappropriate or out of date".

For more information or to schedule an ISO 10360 Calibration, contact us here.